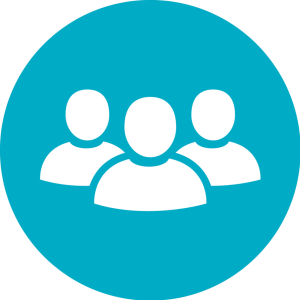 Over the past 30 years, we at The Saint Jude Retreats have helped thousands of people who struggle with addictions. In that span of experience, we have had guests (and their loved one’s) ask us many times over, “Do you have a sober living home so I have a safe place to live after I complete the program?” The answer usually surprises them, when we say “no we don’t.” For those seeking sober living, this can be upsetting until they learn more about the very important reasons for our reticence to send people to sober living homes. The first of which is that they are typically not a sober environment.

Sober Living Scams Sober Living is a financial catch all for the treatment industry. Because parents and loved ones are desperate to not have the substance user come back home for fear that their loved one will go right back to their old drinking and drugging haunts and habits, they seek any sober living space that is far from their home. This opens the door for a very vulnerable situation where the parent’s fear and panic is taken advantage of by the treatment industry. The substance user is willing to “change people, places and things” by being placed in a sober living house that is far away from their family, only to realize that the majority of these homes are anything but sober environments. Some are actual drug houses. Of course the treatment industry justifies such deplorable environments and results by stating that “relapse is part of recovery.”

This, of course, is unacceptable because the customer’s expectation is higher than that, and the low standards of these scams have lead to relapse, extremely high rates of overdose, and the tragic loss of life. These scams came to be known as the “Florida Shuffle” because the fraud was so rampant in the state of Florida. As one Florida State Congressman stated, “Don’t send your kids to rehab here, because we are sending them back in body bags.”

High Death Rates in Sober Living – Why? How did sober living situation get so out of control? The answer lies in the fundamental flaws of the treatment industry as a whole. First, the 12 step mantra that “only an alcoholic can effectively work with another alcoholic,” builds the basis for sober living – that is, to live with those of your kind. This mantra has been repeated so often in the recovery culture, and now society, that people actually believe it. But the reality of what occurs as a result of this idea is a far cry from what the original theory suggested would be the
outcome. Stated plainly, what you get when you crowd freshly sober people together in a house far from home is a blind leading the blind phenomenon.

There is no growth because the individual’s identities are still focused on “being an addict” or a more nuanced addict identity – “being a person in recovery.” Both say the same thing, and that is, I need to be with other addicts and alcoholics because left in the world outside the addict/alcoholic recovery world, I can’t measure up; I’m broken, I’m weak, and I need to be with my own kind so I can be strong enough to survive. All of this theoretical identity-making is highly destructive and counterproductive, and the high death rates in sober living reflect the ineffectiveness of warehousing the “recovering” population.

Nothing demonstrates the ineffectiveness of the treatment model greater than sober living. It is a microcosm of the shortcomings of believing in the addict identity. It is the result of believing the addiction disease mythology. It is what happens when you teach people in rehab that they are weak and in need of support and that the real world represents a constant danger of “powerful triggers to drink/drug.”

Addiction is a mental construct, it is not a “thing that happens to you.” So therefore you cannot be susceptible to it, or weak to stop yourself from succumbing to it – because addiction is not an “it.” Addiction as stated in rehab and sober living is the idea that you cannot stop yourself from giving in to “it”. But really, what is “it”? “It” – addiction as stated in rehab and sober living – is a disease bent on your destruction. They describe it as if it is a breathing, living, sentient thing. But in reality, addiction is a self-chosen, internal to the individual, personal habit, based on an activity you find enjoyable at some level, and valuable to you. Addiction is not addiction at all, because it is none of what the
addiction industry says it is; it’s not a disease, you aren’t out of control, you’re not weak. You’re simply doing what you want to do which causes panic in those around you. And so you learn to play the victim role – the disease victim. You take on the powerlessness identity because it’s easier to do that, than to tell those panicked around you that you actually like getting drunk and high and that you’re willing to pay the high price for this choice and lifestyle you’ve chosen.

And so you play the charade. You go to rehab. You go to sober living. You “relapse” over and over again. You take on the disease victim identity, and then something insidious begins to happen – you start to believe the charade. There is enough half-truth to everything you hear in treatment for it to make some sense. You begin to actually feel hopeless and weak. You forget that you are the one choosing and acting, and you start to believe that the drugs are somehow acting and thinking on your behalf (this is when the mythology of personifying substances becomes massively destructive). You literally let go of reality and become a ward of the treatment mythology complex.

There are no answers in this model because it is not designed to have them. The entire treatment charade is designed to keep you embroiled in that system; to be in need of “experts” and “sponsors”; to need a special place
called sober living to hide away from the “triggers” and “traumas” and “anxieties” of life; to separate yourself from a self-sufficient identity and into the “sick” and hobbled identity of the “alcoholic” or “drug addict.”

The Answer to Moving Past the Charade Maybe it’s time to learn the truth and be free from this nightmare. Addiction, like so many other scary myths throughout man’s history, is only as strong as your belief in it – like the
witches and trolls of earlier centuries. If you are willing and ready to simply side-step this defeatist addict identity, not be corralled into the human warehousing of rehab and sober living establishments, and move on with your life fully, then read the Freedom Model for Addictions. In it, we debunk the disease theory and all that goes with it. Learn to be free. If however, your life is so chaotic that you are unable to motivate yourself to read it, then look into the at-home Freedom Model Private Instruction option, or The Saint Jude Retreats. The retreats are a residential option if you need to “get away” for a little while and gain the knowledge and perspective to move on from the addiction construct and also become free from the recovery culture as well. We look forward to helping you become free from the treatment and recovery trap!